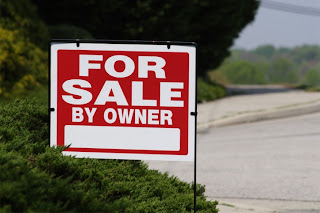 We are all on the edge of our collective seats with all the hubbub and mid street chat sessions.

When we saw who bought the house once it sold we were excited.  Racial diversity is one of our points of pride, so to speak.

When she moved in, we became confused, because in addition to herself, she also moved in a cute red headed young man and blond young lady.  We figured roommates.

We knew something was up when she shunned our invitations to neighborhood parties, back yard parties and just to converse about the weather. And we never heard a peep from her "roommates".  They just looked at us when we would say "Hi" and scurry into the house.

Attorney Couple down the street from us had words because they could her whipping someone one summer's eve while on a stroll.  "Bill got this look on his face and I was like 'never in a million years'; but seriously, can't she do that in the basement?"

Pot Smoking Phil weighed in on her saying "She said I could find more happiness in submission to another than I could in smoking a joint, and I was like 'Dude!'"

So when she put her house on the market, it surprised no one when Jamaican Betty proudly announced (in a low whisper) that she had snuck on to the the property and buried St. Joseph upside down to facilitate a fast sale on the house.

All this makes us wonder, are the slings included in the purchase price, like the drapes?  And what of the dog cage where the blond girl slept - and prompted the call to the police?