Gotta get my springs furs ready

Spring is around the corner and its time to get the spring furs ready for those few weeks when it's cool, but not cold.   So Autumn Haze comes back out and the others go into storage.

In other news, my big handsome husband has a problem, and I can't pussyfoot around it any longer.  So let me be frank:

Frank: My husband is a sucker for terrible movies. Gawd he loves them. The more corny, the better.

No, not the camp type of terrible, I mean the real stinkers.  This afternoon he almost got hooked in the 1956 stinker that sank RKO, "The First Traveling Saleslady."  TFTS was the lead production for RKO but it bombed at the box office so bad that students in grade schools did a duck and cover.  It's failure set into motion Lucille Ball and Desi Arnez' purchase of the RKO lot for Desilu Productions.

If the title doesn't already tell you that something is forced, trust me, the whole thing is a giant clinker.  Poor Ginger Rogers.  This was her Trog.  And the BIG reveal is that it's Carol Channing's first movie.  And there is a song about "corsets".  Need I say more?

Well, the hubby comes home early, plops his butt on the sofa, and starts watching it!

I turned it off and he walked the dogs.  Then the sneak got back on the sofa and switched it back on.  So I told him his hair needs cut, and off he went.

He just called and asked if we need anything from the store.   Quickly, I shall slink down the stairs and pull the Comcast cord.

If nothing else, I am a stinker. 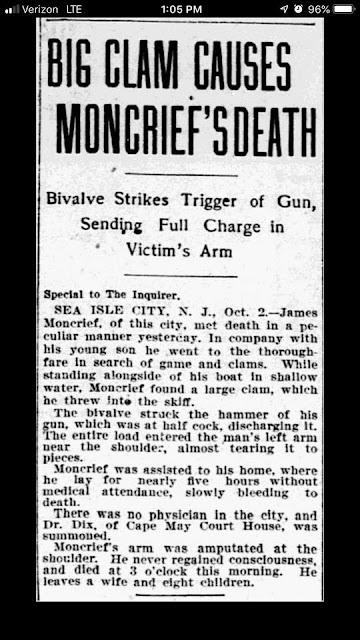 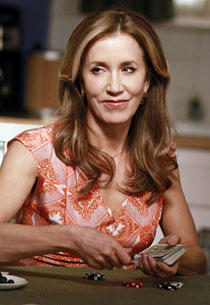 Few things disappoint me as when someone that you have a lot of respect gets involved with something really bad, and stupid.

Remember Lynette Scavo on Desperate Housewives?  The frazzled mother was always getting chewed to pieces when her moves in life came back to haunt her.

Today, Huffman and a host of others were implicated at buying their children's way into colleges and collegiate athletic programs at a number of high profile universities and colleges.

Initial new made it sound as if Huffman, and Lorie Loughlin we running the ring.  Not true.

What we do know is that they "hired" a firm to buy influence for their child's acceptance into a school and that the amounts paid were channeled into non-profits, which in turn paid coaches and admissions people at the school's kickbacks for preferred or manipulated admission.

In fact, Huffman was taped discussing what this consultant was going to do for her child.

Scandal traps Huffman, Loughlin and about 28 more parents caught with their hands in the kitty.

It also traps the people running the racket, and it traps college staff members who took the money.

What we have yet to see is how this is going to impact the schools, their athletic programs.

The kids who earned their spaces in these schools and earned the right to play sports.  They are the ones who could get screwed the hardest if the NCAA decides to do something really shitty, like cancel the programs and invalidate wins as punishment for the programs.  And the NCAA has a pretty good track record of fucking over collateral students who were never involved when these things blow up.

Huffman's daughter and all the children whose parents try to game the system are also victims.   I cannot imagine what is and will be going through their minds.  Think about it: Getting into a college should be one of the first "adult" decisions and efforts in life.   Now, everyone will look at them and wonder how bad their accomplishments must be for their parents to resort to these tactics.

Of course, this gaming the system is nothing new.

How do you think that Forty-Five got into college and ended up with a degree from Wharton School of Business at the University of Pennsylvania?  We know that he knows that the degree was bought because he is flipping out over his transcriptions and what they show.  Moreover, no one at Wharton really remembers Donald Trump.  Strange, don't you think?

And the last person I knew of who bragged about being a Wharton grad was a former co-worker of mine in Ohio who got busted for all sorts of fraud when her house came tumbling down.  She even ended up with a prohibition against working in a Federally insured institution. She displayed Wharton as her Alma Mater, too.

As for Felicity, even the genealogy community is BUZZING about this because a couple weeks ago she and her hard-luck childhood were featured Dr. Louis Gates, Finding Your Roots.

So yeah, I am angry with Felicity.  This really stains her brand.

But like Lynette, downing Ritalin to be super Mom, or Julia Ann Norbeck getting fingered for consumer financial fraud, when you are dishonest, you get caught.