So what has Cookie been doing in the first six days of the Biden administration?  Well... 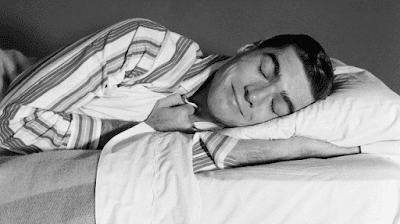 1) Sleeping.  Ever since the storming of the Capitol, Cookie has been sleeping in fits and starts, usually an hour up and an hour down.  It's been pretty awful.  I thought Wednesday I would sleep like a baby.  But, no, my mind was still on Trump Time.  Finally, by Saturday, sleep was something that came easier.  I should think by Groundhog Day I should be back to sleeping through the rest of the night.

2) Learning not to wake up worried.  Remember the last five-plus years where waking up was accompanied by the Dorothy Parker thought of "What fresh Hell is this?"  You never knew what buzz saw you were walking into or what tweet the Donald had issued.  Would it *just be* insulting the an entire class of human beings (isn't that, in and of itself, a horrible way to phrase something degrading as that) or would he announce that Russia. troops had the green light to come in and help get the country settled down, or worse.   So now I wake up knowing that the new day really is a new day after all.  That we will now honor people for who they are, and we do our best to give them the help they need to gain not only equality but equity as well.

3) Deprogramming myself from round the clock news coverage of what fiendish Donald Trump is tweeting, saying, doing, or worse still, not doing.

4) Worrying about the cooked book records on how many people would die from COVID in vain.  At least now we have a competent administration in office who is taking this seriously.   Oh, I still worry about the Donald crawling out from underneath his rock and saying "When I was President we were beating this COVID thing..." when he was clearly not.

5) Finding what to do without a lot of stressors.  Seriously, it took four-plus years to tolerate stress, save for the almost heart attack that I had on election night 2018, to get us to this level, it ain't going away overnight.

6) On the plus side I am LOVING the fact that we have press conferences now that aren't on giant lie after another. Jen Psaki , the Biden Press Secretary, is WONDERFUL, confident, a professional.  She instills confidence by giving honest answers, and when she doesn't know, she doesn't belittle the person asking the question, like Sarah "Moose" Huckabee Saunders, or hiding like Kayleigh McEnany did when the tough got going and no one was around to do her makeup.  If Pasaki doesn't know something, she admits it, promises to get back to that person, and then does just that.  Simple, easy, the way it should be done.

So I am a work in progress.

And on today's agenda?

Getting over the last episode of Bridgerton, season one.  We finished the series last night and I am still hot and bothered by the actor who plays Simon.  Le' hot.   And isn't that a wonderful feeling? Indeed. 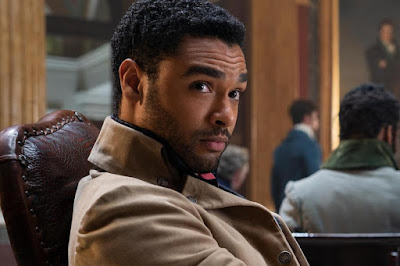