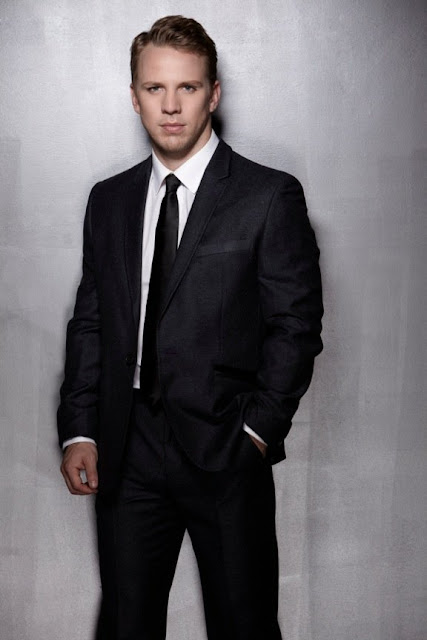 OK, so Cookie is on a roll with hunky men.

John Gammon is le HOT!   So hot that Cookie is burning up.  Cookie would have the dogs turn down the thermostat because its terribly hot.  But of course, little dogs have no thumbs, so that ruins that idea.

And unlike Norma who is going through the change of life (and changing into what is anyone's guess), this moment of sexually charged personal August is because of Gammon.

If he doesn't look familiar, try this picture:

While The Middle plays to family TV, Gammon's character is moving up from an occassional appearance as Axel Heck's dimwitted football friend, to a more noticeable role as the guy who has it for Axel's sister (and series "Job") Sue Heck.

What I love about this is 1) Gammon is hot, 2) his character is adorkable, 3) he has oh, so kissable lips and 4) we all need someone to love, and in truth - love is never very far from us.