The dishwasher that isn't getting repaired 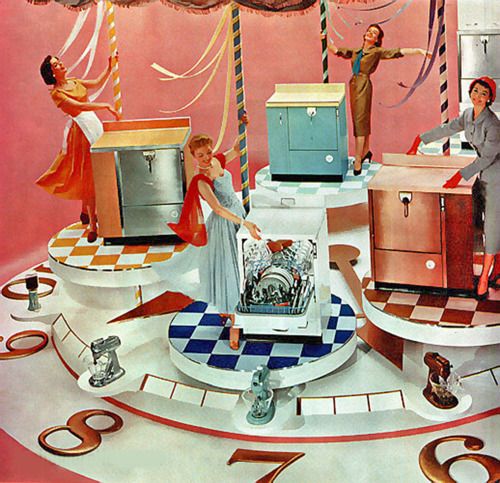 For a second, lets think back - way, way back to the days when Kitchen Aid Dishwashers were made by the Hobart Company of Ohio.  Built like a tank - they worked for years and years and year.

Then they were bought out by Whirlpool and they are now total crap.   Our Kitchen Aid, a high line stainless steel number, is five years old, has stopped working.  And the Warrantech extended warranty is useless.

So far, Warrantech has displaced the appliance repair equivalent of the keystone cops to our home, twice.  Make that once.

They were here last Tuesday, ostensibly to fix our super deluxe impeller which stopped rotating at Easter.   Tweedle dee and tweedle dee'er came in - they were nice guys - and they fiddled with it for the better part of an hour, they got it back on, but it wobbled.  Off they went.

Well, it turned alright until it flew off again, and again.

So I called Warrantech for a second appointment.  Do I have to have these guys back?  Oh yes. Fine.  When? Tuesday.  All right, Tuesday.

Tuesday they didn't show, and they didn't return the call.  After multiple attempts, I got an answer: "I didn't go into the office to check emails today.  But it at your house today.  I'll call tonight."

When he didn't call back, I called the warranty company.  The operator in Texas said that they couldn't transfer the service because that company had started the procedure.  "Call us back tomorrow if he doesn't show up."

Well, when they didn't show up today by noon, I called the repair company.  Their answer?  "We'll get you on Friday."  So back to the warranty company.

"They what?" the next operator said.   "No, they have to be at your house today."

And so it goes.  Now we wait until Friday.

But I did tell them that they had a problem. Look, I pointed out, these guys don't know what they are doing.  And if you keep sending them here and they aren't fixing the damned thing, they could be breaking it - and that replacement is on you.  You don't want to have to replace it, but under the terms of the contract, you will have to.  And they aren't doing you any favors, because they are taking your money and not doing the job according to the contract.  They make you look bad."

Cookie has options. And they know it. And they won't win.  But it could take some time.

Still, if you have the money to spend and you are replacing your dishwasher, do what we didn't do - talk to a rock-solid repairman and find out from them which dishwashers never need service calls.  And for God's sake stay away from Warrantech.

In the meantime, we have a lovely dishwasher and it isn't working.