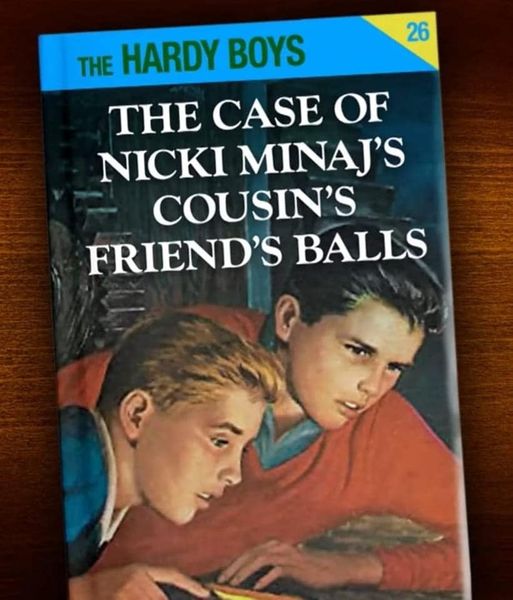 Is it me or is Nicki Minaj just fishing for attention?

My mother would play a similar game.  In it, whenever I did something she disapproved of.  So while she never compared anyone's balls, she invented a "friend" who was saying the awful things she was thinking.

So, when I grew my goatee in the 1980s, it became "My friend saw you in Columbus and said she saw you and wondered why he would ruin his looks with the facial hair."

But back to Nicki.

You know that your a bull shit artist when you tell a whopper about an unnamed friend of a cousin Nicki.  And your music sucks, too.

Now, Cookie is going to sit back and ponder balls...